Two Saturdays ago, hubby took me to Kampong Glam for lunch.  This is the first time I’ve been to Kampong Glam and what a surprise!  The place is a gem of quaint little shops in old shop houses.  The atmosphere is laid back and has a rustic charm that makes me want to visit every corner of the place.  Hubby and I did take a long walk and I have plenty of pictures to show but first, a bit of history of the place.

Kampong Glam is steeped with history, going way back before British Colonisation in 1819.  Sir Stamford Raffles, looking to replace the Dutch as the dominant power in the archipelago, set out on an expedition to establish a new British base in the region in 1818.  After studying several maps, he happened on the island of Singapore in 1819 and decided that with its position at the southern tip of the Malay peninsula, along with its excellent natural harbor, fresh water supplies, timber for repairing ships and most importantly, it was unoccupied by the Dutch, that it was the right choice for a trading post.

Sir Stamford Raffles landed in Singapore in 1819.  He found a small Malay settlement at the mouth of the Singapore River which was ruled by the Sultan of Johor’s younger brother, Tengku Abdul Rahman, who was controlled by the Dutch.  The Sultan, Tengku Hussein, was then in exile in Riau Islands.  The Sultan was smuggled into Singapore by Raffles, reinstated as the rightful Sultan of Johor, and given a yearly payment in return for giving the British East India Company the right to set up a trading post there.  A formal treaty was signed on 6 February 1819 to ratify this agreement and modern Singapore was born. (source: Wikipedia http://en.wikipedia.org/wiki/Founding_of_modern_Singapore)

The settlement became more populous and prominent after the treaty was signed.  Because of its strong ties with ethnic-Malay and Muslim community, Kampong Glam is sometimes termed the “Muslim Quarter” due to its history. The Muslim population still remains a significant presence in Kampong Glam, especially in Bussorah Street. The area remains a centre for Muslim activities and the Sultan Mosque remains a major landmark and congregation point for Singapore Muslims (source: Wikipedia http://en.wikipedia.org/wiki/Kampong_Glam )

We will start with some pictures taken along Kandahar Street, Baghdad Street, Bussorah Street and Arab Street.  Pictures of the Sultan Mosque, the Malay Heritage Centre and some restaurants we visited will be posted separately.

From the Kampong Glam Cafe, the coffee shop where hubby and I had lunch.  The Sultan Mosque is in the background:

Some of the quaint little shops: 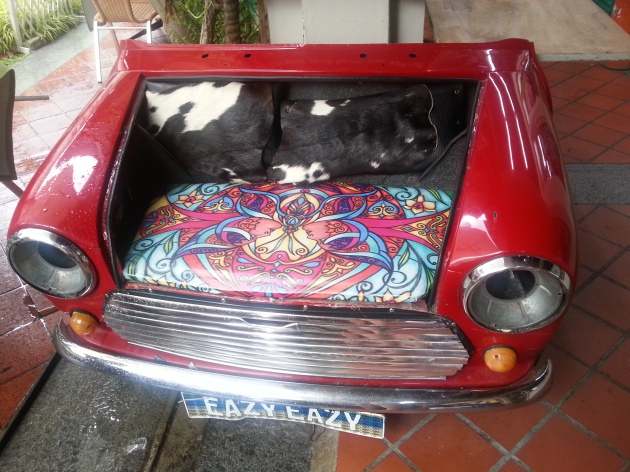 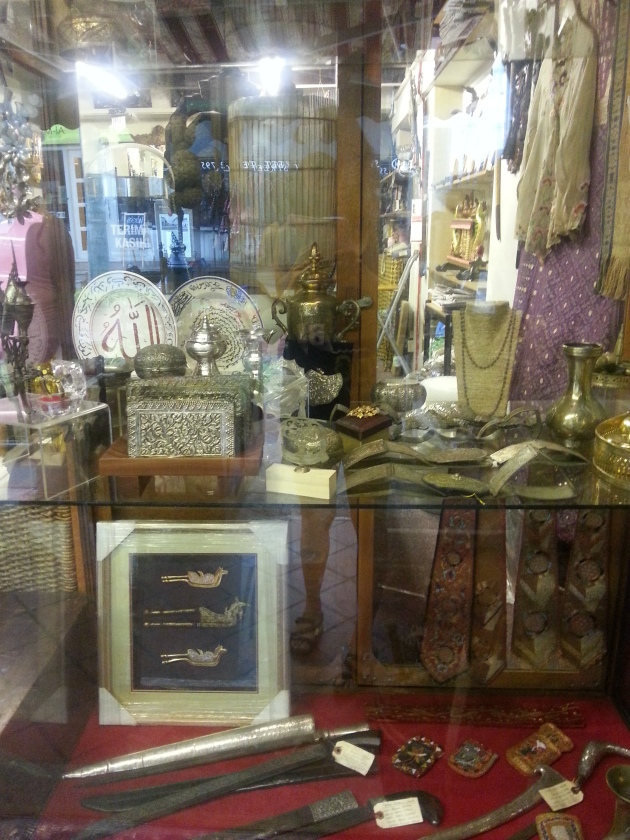 Many perfume and aromatic oil shops doted the area… 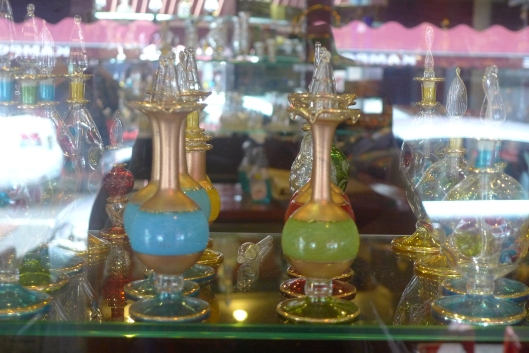 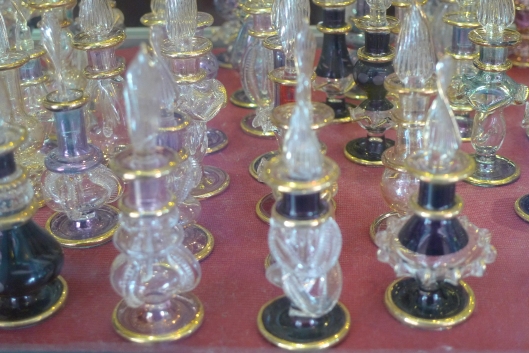 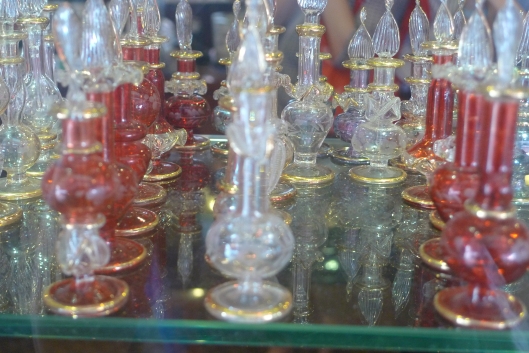 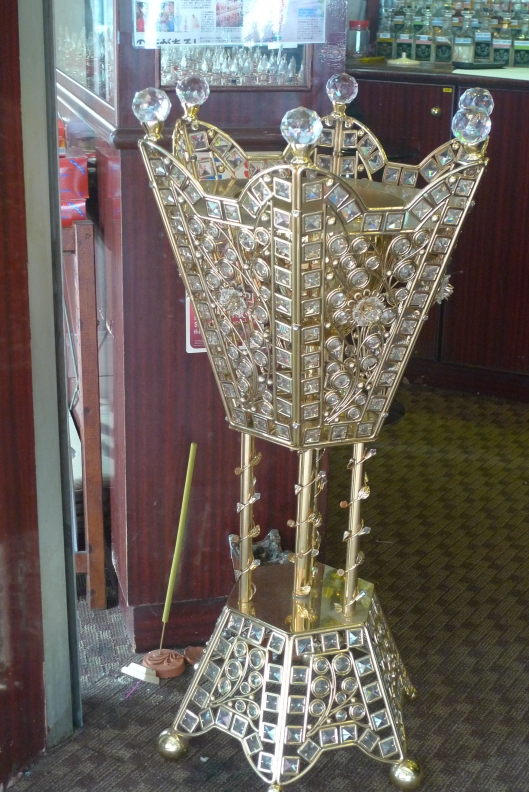 Beyond the arch is the Malay Heritage Centre, to hubby’s right, the Sultan Mosque to his left is one of the many Malay coffee shops:

Shop that sells swiss rolls that sell out by afternoon… 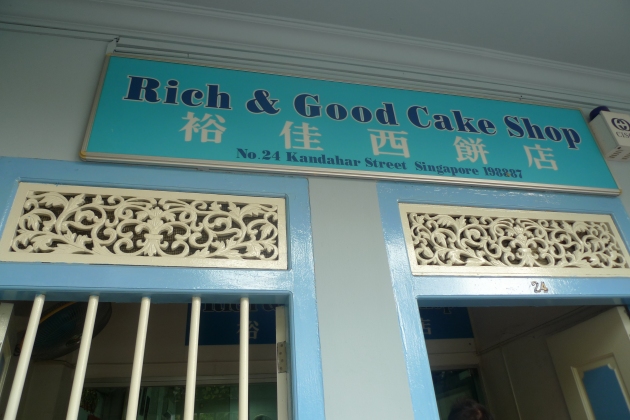 There was a long queue outside this cake shop so we decided to come back later but all the cakes were sold out by then.  We went back again today to have lunch there and managed to get a strawberry swiss roll (wanted the durian or mango ones but they were sold out).  it’s really soft and not overly sweet.  It’s about a foot long and worth the price of $6.50 in terms of value for money and taste.

Hubby checking out the shops along this row of shop houses at Muscat Street:

Beautiful doors of the colonial shophouses:

In one of the alleys:

One of the few Chinese shops selling souvenirs: 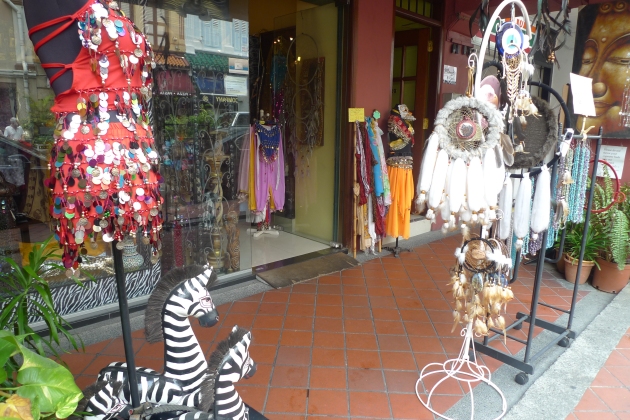 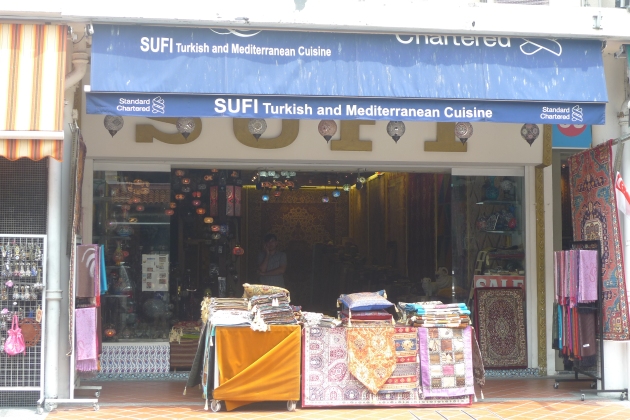